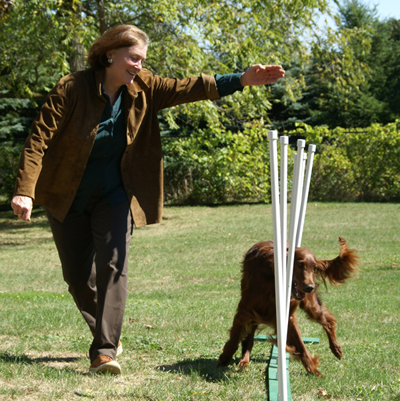 Visionaries in Motion: The Course

Truth and Consequences: Studies in Disciplinary Evidence
COS and COLA, Spring, 2007
Part of the Caroline Werner Gannett Project

A cross-disciplinary look at what evidence is, and how it needs to be properly collected, sifted, evaluated and preserved. What constitutes “evidence” in legal, criminal, historical, scientific, journalistic, medical, geographic, art and aesthetic realms? What methods and standards are employed for gathering and evaluating evidence in different disciplines? What are definitions and varying boundaries of such evidence? What is its relevance? Has the construction of evidence changed historically? How is evidence preserved and passed on?

Such questions inform presentations by over a dozen experts from RIT faculty and area. Readings and electronic/visual materials accompany each presentation. Students are invited to work with comparative presentations, experiential projects of their choice, and are encouraged to develop skills in critical evaluation. Included in the course are outside speakers, films and roundtable discussions that highlight issues central to course content.

Direction of students in readings and videotaped interviews with speakers in the Caroline Werner Gannett Lecture Series, 2006-2007 (for lectures and student interviews see www.rit.edu/~cwg/)

According to poet James Merrill, we live in the age of “me-moir,” at least in American culture. But what happens to the quarrel between truth and fiction, to the forms of language, community and self-representation, as we move outside of England and America? Course explores the range of contemporary autobiographical practice in a rich spectrum of life-writings. Works included range from formal autobiography and memoir, to selections from diaries, journals and other writings, as well as visual portraits in art, photography and film. Through diverse cultural representations of “life-writing,” we trace new modes of constructing identity, as we redefine the boundaries of race and ethnicity, family, nation, class and gender.

Space speaks! Diverse writers, critics and filmmakers represented in this course are rethinking space as a dynamic context for the making of history and for new organizations of social and communal life. Course opens with a meditation on the language of maps and mapmaking, both antique and digital, exploring the idea that to present a useful and truthful picture, an accurate map must tell lies. Among the initial questions are: how do certain interests–absences as well as presences–come to be embodied in mapmaking? How do films and literary texts—poems, novels, memoirs—imaginatively construct space? In what ways, particularly in texts, do mapmaking and power mutually reinforce various kinds of social authority, yet deny others? How can we begin to rethink race, class, gender and sexuality in terms of the “natural authority” asserted in space? Focusing such questions, the course offers an opportunity for a solo or collaborative project on digital or antique mapping, technical work on some aspect of Geographical Information Systems, plus a final project on “Reading RIT or Rochester as Text.”

The course takes as its premise the critical importance of spatial thinking, particularly in science, engineering, mathematics and technology—the STEM disciplines. A major focus is the ability to become spatially literate in many areas of 21st century culture.

The Novel: Banned, Burned and Transgressive Novels from across the Globe 0504-443-01

Course is designed to explore the origin and rise of printing and “the novel” and to familiarize students with a selection of world literatures that have been banned and burned on religious, social and political grounds. We begin with a selection of richly illustrated overview lectures on the history of the novel and the rise of printing/illustration, offering a context for the extensive and varied censorship history of creative works in the past four centuries: from “prior restraint” issues in Milton’sAeropagitica (“The Second Defense of the People of England”) and Galileo’s Dialogue Concerning the Two Chief World Systems (1632), through Joyce’s Ulysses, Henry Miller’s Tropic of Cancer and Salman Rushdie’s various attempts to clarify the meaning and intent of Satanic Verses. 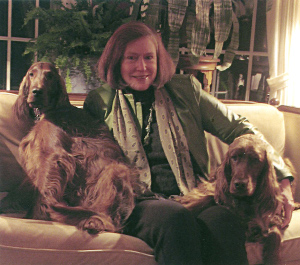 Texts for the course include:Lady Chatterley’s Lover, D. H. Lawrence; Sozaboy, Ken Saro-Wiwa; The Master and Margarita, Mikhail Bulgakov; Satanic Verses, Salman Rushdie; and An Obedient Father, Akhil Sharma
The course also provides the opportunity to view selected artistic and cultural materials from exhibits, museums and art collections that have prompted various kinds of censorship in the twentieth century, including works by Paul Cadmus, Robert Mapplethorpe and others.

If they throw stones upon the roof
While you practice arpeggios,
It is because they carry down the stairs
A body in rags.
Be seated at the piano. (“Mozart, 1935” by Wallace Stevens)

Course explores a wide range of poetry, from formal verse to online poetry, Gerard Manley Hopkins and Thomas Hardy to contemporary performance and hip-hop poets. We begin with essays by Robert Pinsky and Dana Gioia, as well as “toolbox talks” on various elements of poetry. Groups such as Harlem Renaissance poets, the ‘confessionals,’ contemporary women poets, environmental poets and a brief selection of international poets are included in the readings. Among the course objectives are these:

To examine closely a range of poetry not only for the “world within the word,” but also for the social and historical contexts that motivate the poems;

To move poetry outside the classroom, increasing awareness that “poetry is everywhere.”

Students have available a number of audiocassettes (“Language of Life” series) poetry videos (PBS “Voices and Visions,” or “Power of the Word”), poetry websites and online materials. Additionally, there is opportunity to attend and participate in a number of poetry events, within the wider community.

COURSES TAUGHT OUTSIDE OF RIT